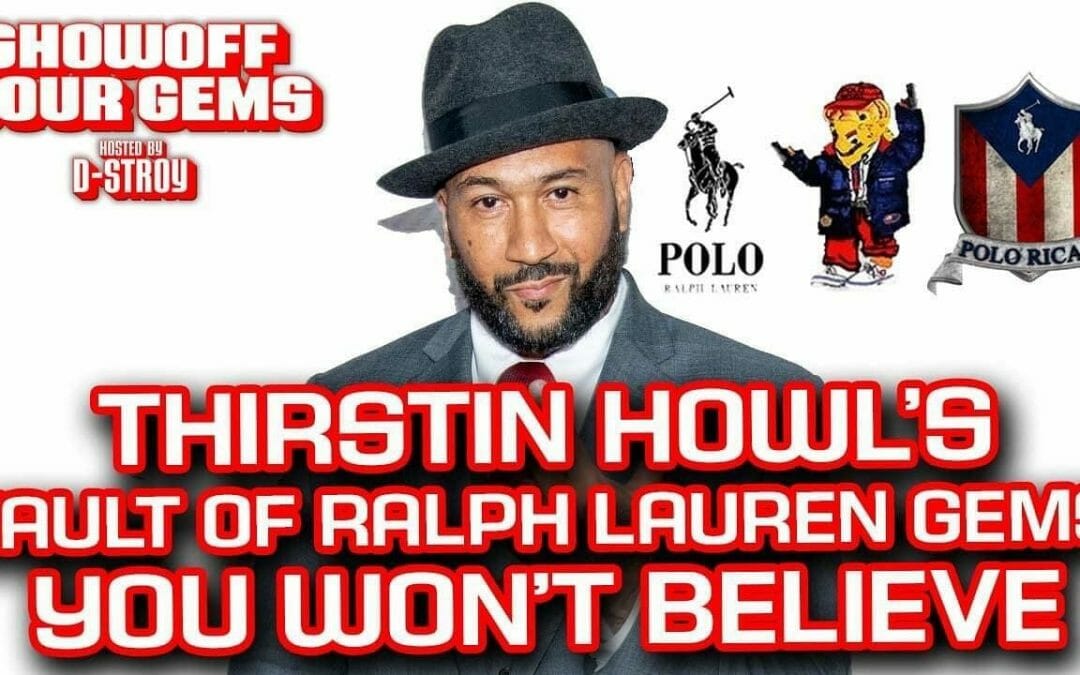 Special Guest Thirstin Howl the 3rd aka The Polo Rican shares stories about his wall to wall carpeted Polo infused Prison Cell, Being the Knock Out Man when Boosting and his favorite BARBIE DOLL! has been a fixture in hip-hop for decades. The Brooklyn-born entertainer slash master of ceremony is also a founding member of New York’s infamous Lo Life crew—a band of misfits with one thing in common: the love of getting fly. Their uniform of choice is Polo Ralph Lauren, although, as most Lo Lifes will admit, that’s not the only brand they rock. Today, we are happy to be the messengers of good news.

“Showoff Your Gems” resonates with music fans for its ability to evoke the power of positivity and nostalgia. Join us on an IGLive experience like no other, in a time when our culture needs it most.

Artist, Actors and Athletes are giving us a tour of their vaults of Memorabilia collected throughout their amazing travels. Entertainers such as Paul Wall, Bun B. and Miles Brown (Black-Ish), have Shown off Music/TV Show paraphernalia, Collectable Toys, Sneakers collection and other stimulating items, they keep near for inspiration. Join us on an IGLive experience like no other. Promoting great energy and positivity, in a time when our community needs it most.

You’re invited to inspire others by not only Showing Off Gems but Dropping Gems as well. Weekdays 7pm ET/ 4pm PT, on Instagram @idstroy with NBA All-Star, Superbowl and SiriusXM Host: D-Stroy.
After the interview, we invite Viewers from around the world to showoff their Film, Sports and Comic collection as well. Take a ride with us and see items you didn’t know existed and others that remind you of simpler times. Giving people a reason to smile, especially in these times, is the true Gem. Thank you for being an Amazing human being, You’re a Gem.

WATCH MORE EPISODES OF “SHOWOFF YOUR GEMS” ON YOUTUBE: https://www.youtube.com/playlist?list=PLPTeAKfmkwc2JnmL-u3VF8Vcu4vCZ1O1v